I didn’t travel for most of June, I stayed put and enjoyed as much German culture and landscape as possible. Here’s June in a nutshell.

The first of the month brought a reporter to our school to interview me. You can read my translation of the interview that ran in the newspaper and hear more about my life at school.

The first weekend, I hung out at the shooting house (Schützenverein) with a few locals and rode my bike home in the dark.  On a bike ride, I stopped and visited with a neighbor, Claudia’s friend Nicole who has horses, and she gifted me an arm load of rhubarb, which I attempted to turn into Grammy’s Rhubarb pie. It didn’t really fail, but it wasn’t the earth-shattering impression I wanted to give the Germans. The next day, I went to Nicole’s daughter’s soccer tournament in Bad Fallingbostel with the family and I got quite the sunburn. Although I can’t say it was different, the culture around soccer here is quite different. There are teams of all ages, many mixed age groups; there are sausage stands, beer wagons, and raffles. Each city has a Sport clubhouse (Sportverein) just for soccer and games and tournaments are played regularly, just as weekends for many families in the US are taken up by youth sports. The difference here is that the large majority just play soccer. After the daughter’s team won in a final shootout, we went to a man-made lake swimming club nearby in Duishorn. The lake was made accidentally when the Autobahn was built. I haven’t swum all year here and had forgotten what swim culture is like in Germany and Europe.

I’ve done quite a bit of running and walking this spring and can’t help but take photos of the gorgeous countryside here. The fields are so green, the grain fields smell glorious, the trees are so jam-packed with birds that the sound is almost deafening in the woods – it’s wonderful. Aside from photos and video clips, I’ve taken some short audio clips with my phone. Since WordPress.com won’t host audio files, I’ve uploaded a clip I took to my tumblr:

The first full week in June, our lovely neighbor Traute celebrated her birthday and we sat on the patio with her friends and relatives. I have been included in village events since day one, but in these final weeks I have felt the love and kindness of everyone here even more. Maybe it’s because they know I’m leaving, but I would make the case that it takes at least nine months for you to break the outer shell of most Germans and start to really become their friends. I felt this way when I was in Hamburg, making it so hard to leave even though I was so ready to be home.

I started my goodbyes early because two of my sixth grade classes were going on a trip my last week. I’ve known that I liked working with the younger kids, and at a school of 5-10th grades the 5th and 6th graders were the littlest and cutest. Almost all year I worked with these two 6th grade Realschule classes, the B track of the German system and the “higher” of the tracks at our school, and they came to know and trust me. I told all of them that I would help them come to the US and that they should write to me. From the questions they asked, to the way they responded to my harsh criticism when they acted out, I could tell that they looked up to me. These are the moments and experiences that have solidified my desire to teach. To be that role model is not something everyone can or will be able to do. I left with a tea gift basket and some lovely handmade cards.

The second weekend of June was Schützenfest, and I did a detailed write up of it already. My colleagues and pretty much everyone is pretty tickled by the story.

This past week was my last week at school. On my last day, Thursday the 16th, the 10th grade had their graduation and I got to sing with the faculty on stage. I made Blondies as a little thank you for my colleagues and left a note with my email address and said to stay in touch. Post graduation ceremony, the 9th grade had prepared a finger food buffet and served coffee, orange juice, and alcohol-free sparkling wine. When it was time to leave, I went around and said my goodbyes. It wasn’t easy, because all the teachers gave me a heartfelt thank you and best wishes with hugs and handshakes. I was touched by their emotion and how grateful they were to have had me. The whole year I felt welcome, but like in the village, it wasn’t until the very end that they showed their true feelings.

Poppies in Bothel, near the school 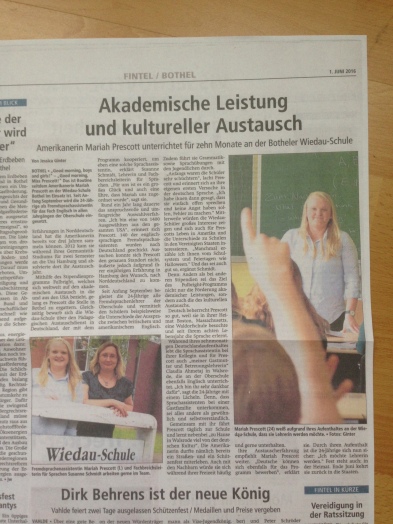 Looking large in the newspaper

Not looking much better in the newspaper 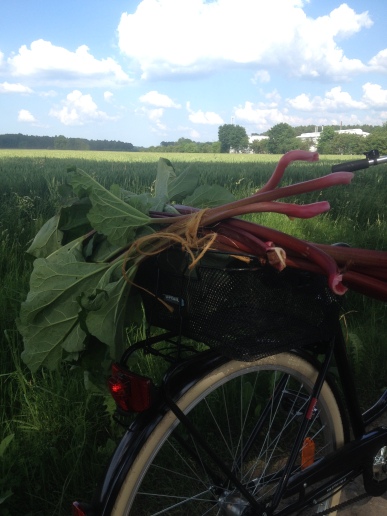 Bicycle laden down with rhubarb, strapped into the basket with bailing twine 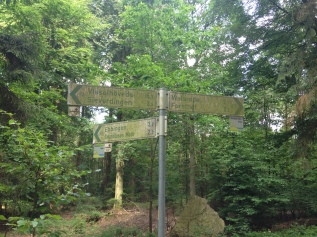 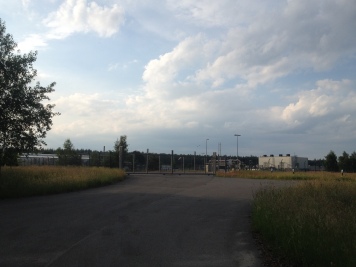 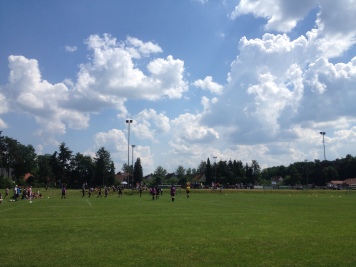 Tournament complete with an Alster – beer+sprite

Living so far north: you come home from partying and it’s already light 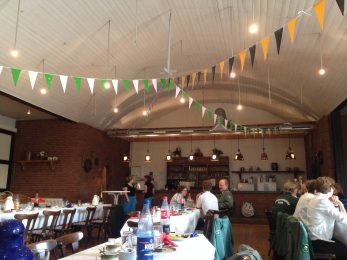 Fulde in the evening 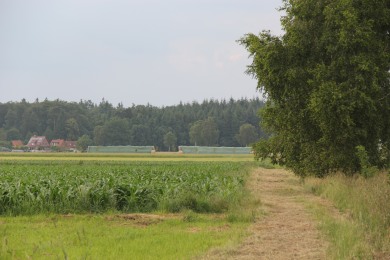 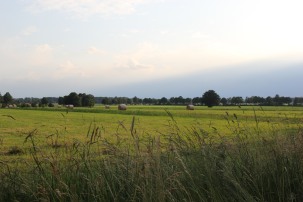 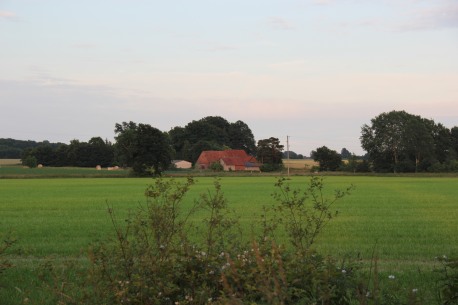 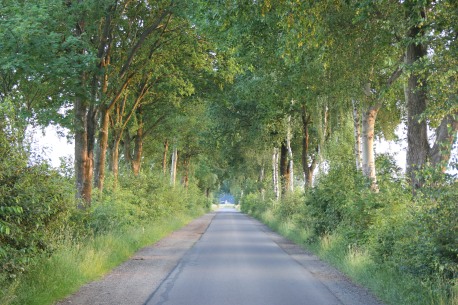