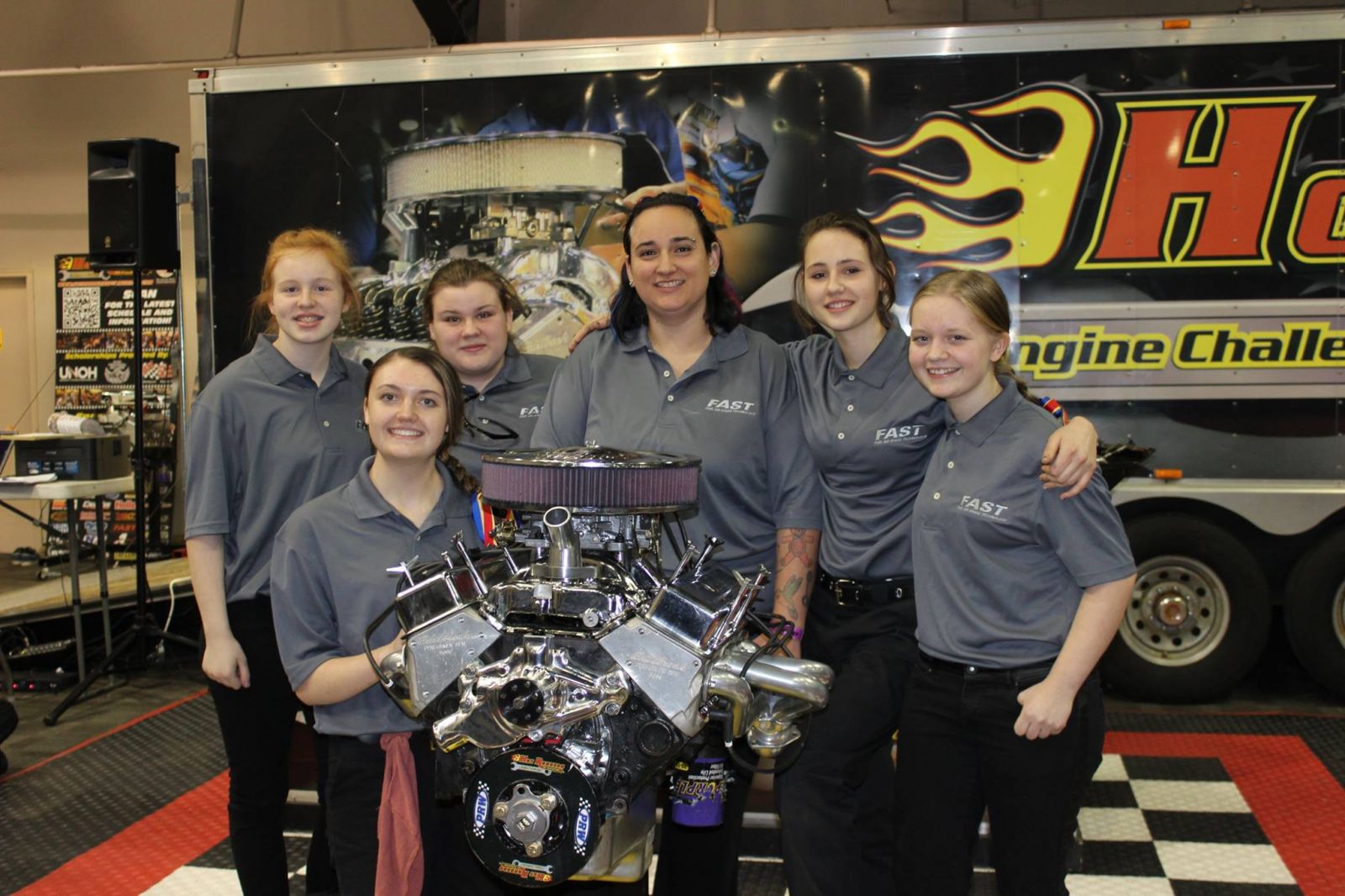 Back in February, a high school team of young women led by Coach Jill Arata competed at the Race and Performance Expo in St. Charles, Illinois. The team is making history as the first all-girls squad coached by a woman and is the only female team competing this year in the Hot Rodders of Tomorrow events.

The team hails from the automotive department at Belvidere North High School in Belvidere, Illinois and all are in it to prove a point: Women can be grease monkeys too.

Junior BreAnna Lucas says, “it’s bringing women into a field we’ve never truly had the right to be in,” and getting more girls under the hood will take some time.  Many believe that it’s a choice between lipstick or a wrench, but “you can be that pretty girl and still know how to do more,” sophomore Alexandra Madura reminds us. “In my opinion, it makes us prettier and more beautiful.”

In Hot Rodders of Tomorrow competitions, teams disassemble and then reassemble a small block Chevy in front of a judge and the fastest team wins. As of March 31st, the female team, Taylor Cable, was ranked 6th out of 20 with a time of 25:57, about eight minutes slower than the leading team.

Coach Jill Arata says that the group has a mission. “They want to prove that there is more for girls to do in the auto industry than just lying on the car half-naked.”

If modeling is a woman’s calling, that should be her choice, but team Taylor Cable is here to let other young women know that getting greasy in the garage is also work for women.

The team packs up for California in a few weeks and is planning for Hot Rodders of Tomorrow Nationals in Las Vegas in November. Other HRT teams will compete this coming weekend, April 10-12th, 2015, at Goodguys Del Mar Nationals. For more information and  their schedule here. Follow the events on their Facebook page here.