At first glance from atop the small hill overlooking downtown North Adams, it seemed like your typical car show: Main Street was jam packed with cars and people; music from past generations blared from the top of a food truck serving steaming hot dogs and kielbasa dripping with delicious barbecue sauce, even at 9 a.m. But the annual Motorama isn’t your average small-city car show. From 9 a.m. to 3 p.m. the sun shone down and the humidity stayed low as the biggest turnout yet of exhibitors gathered in the Berkshires of Western Massachusetts.

I made my way down the hill through last year’s winners, accompanied by my classic car aficionado, also known as Dad. Some of my earliest memories are from classic car shows, peering under hoods as he held me in his arms. These days he’s my go-to when I have car questions- What year was the split window Corvette made? What are all the models of ’53 Chevy wagons? How does orange peel happen? I only wish I could absorb every fact he tells me. 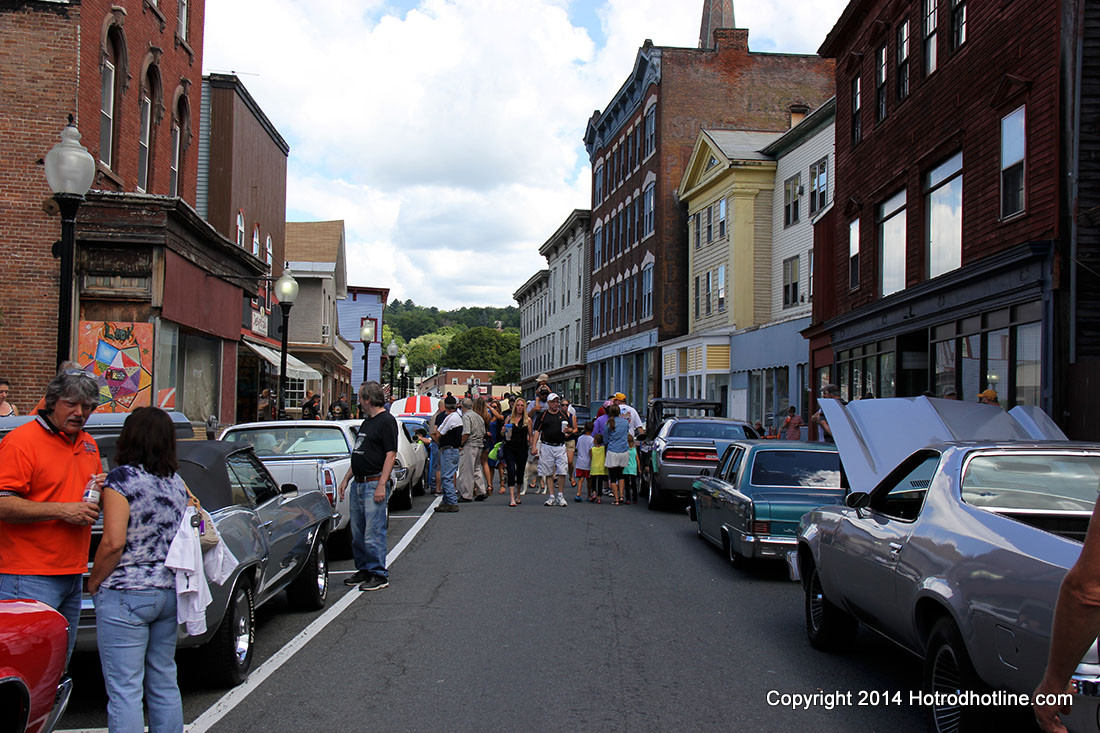 The first beauty we ran into was a luscious Sheffield Green 1951 Mercury 4-Door Sports Sedan. She brought home a ribbon last year with her original -not restored- beauty. Not a touch of rust on her, a California girl through and through. She has had her engine, transmission and exhaust rebuilt and is “amazingly quiet, tight, and rattle-free,” the placard boasts.

I meandered along snapping photos of last year’s winners- a 1964 Dune Buggy with a custom paint job, 1968 Factory Lightweight Superstock Dodge Dart, a 1970 Buick GSX, and more, before realizing I lost Dad as he bee-lined for his favorites. I turned up a side street to check out a collection of old chainsaws laid out in front of a raised, pristine Ford F350. The presence of both the trucks and chainsaws is one thing that sets this motor-extravaganza apart from other downtown New England shows. At Motorama, there’s something for everyone. Across from the chainsaws, three tractors set up camp; down the hill three antique fire engines. An entire side street was dedicated to motorcycles.

On Main Street the rods, customs, and classics are parked with four rows, divided by a median and lanes for pedestrian traffic. Off the main drag, the shopping center parking lot is overflowing, too. A few Corvairs, plenty of ‘54-57 Chevy sedans, and a handful of Corvettes mixed in with a little ’58 BMW Isetta, a rat rod or two, and a newer custom Jeep. The dash cards from OldRide.com show how many of the exhibitors are from the area and what a local effort this exhibition is. The Berkshires are more or less known as a diverse population, which translates to the diverse motorized toys at Motorama. 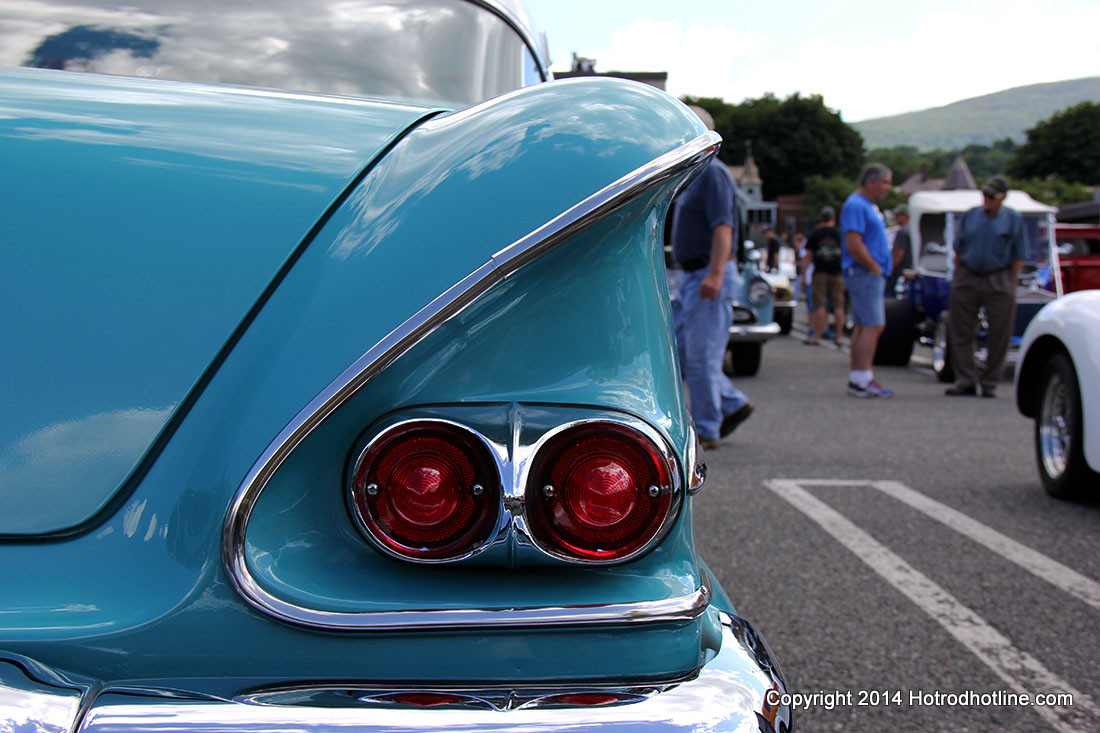 The dash cards from OldRide.com show how many of the exhibitors are from the area and what a local effort this exhibition is. The Berkshires are more or less known as a diverse population, which translates to the diverse motorized toys at Motorama. Classic cars not your thing? Tractor or chainsaw? Not into customs or cars? Bring your motorcycle.

Motorama wasn’t about bringing together just those who love customs, preserving history, or the same make or model, but bringing together people who want to show off their pride and joy. It doesn’t matter where you get your kicks, anyone can understand the idea of pride. I’m already looking forward to next year’s Motorama and to see how much it will grow in its fifth year.

I’m already looking forward to next year’s Motorama and to see how much it will grow in its fifth year.